They are disease-carrying pests which live and breed in highly unhygienic conditions such as sewers and garbage dumps, and are a treat  to our health. They feed on a variety of food. In fact anything edible including septic dressings, soiled linen and excrement, thus posing a health risk. They carry diseases which can cause death if untreated, such as:

They carry diseases which can cause death if untreated, such as Malaria, Dengue Haemorrhage Fever and Japanese B Encephalitis. Although there is no concrete evidence to show that this bug is a vector of serious disease, it is the biting during feeding that could cause allergic reaction, swelling and irritation.

Some people may lose sleep due to entomophobia (fear of “bug).

The main clues of an infestation will be the presence of blood stains, fecal spots, eggs cases and cast skins could be spotted.

In addition, a heavy infested area will also create an unpleasant door.

Some people may lose sleep due to entomophobia (fear of bug). The main clues of an infestation will be the presence of  blood stains, reddish fecal spots. 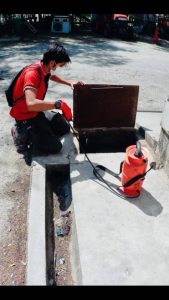 Although birds can spread germs to people, illness cause by touching or owning birds is rare. To best protect yourself from getting sick, thoroughly wash your hands with running water and soap after contact with birds or their droppings. Some people are more likely than others to get disease from birds. A person’s health and heart status may affect his or her immune system, increasing the chances of getting sicks. people who are more likely to get diseases from birds include infants, children younger than  5 years old, organ transplant patients, people with HIV/AIDS, and people being treated for cancer. Birds can spread germs to people, illness caused by touching or owning bird. Lizards are a wide spread group of squamate reptiles with more than 5600 species, ranging across all continents except Antarctica as well as most oceanic island chains. Lizards typically have feet and external ears, while snakes lack both of these characteristics. However, because they are defined negatively as excluding snakes, lizards have no unique distinguishing characteristic as a group.